skip to main | skip to sidebar

Hello Chaps,
I am still here. I'm just so exhausted most of the time. Not the sort of malady that falls on one when they black dog visits but a fitness mid-life crisis.
I'm not exactly sure it is a mid-life crisis but I am well, 30 and suddenly I've signed up to a load of new things. I box now.
Proper boxing in an East London gym, I'm new to it so mostly I spend evenings being punched in the face by people with tattoos.
It's hard to explain the pleasure of it, I suppose it's something to do with being told your entire life not to punch someone and then finally being told to punch someone as hard as you can.
There are rules of course and some of my fellow boxists don't entirely follow them. There is a chap called Joel who is Italian and seemingly doesn't understand that the face isn't part of the torso. When you spar with him, and the trainer - called Bill of course - says body hits only Joel still goes for the face.
So after he has smacked you in the chops you have to stop and say 'No look Joel, I know this is a fight but no punchy the face, capiche?'
The fight resumes, he behaves for a bit and then clocks you in the bonce again. The fight pauses again and this time the trainer Bill who looks like he would win a fight with a train steps in.
'Look Joel, no face punching okay? Just body hits'
I stand back and check I still have a nose. It's hard to do while wearing boxing gloves.
'I didn't punch him in the face' says Joel, doing a shrug. He is trying to look like the sort of person who couldn't even imagine punching someone in the face.
'I saw you do it Joel, keep the punches to the body, okay?' says the trainer.
Presence of nose confirmed, the fight resumes. It goes on for a bit, Joel is a wild swinging boxer and fast, so it's like fighting a squid, one that keeps clocking you in the face.
BAM.
I now have wonky jaw.
The trainer shouts at Joel again. Joel appeals that he could never have punched me in the face, I must have moved my fast forward and down suddenly into someone else's fist.
The fight begins again. I'm learning to protect my head.
Joel takes a swing at my head, but it is blocked. I let out an internal cheer. He smacks me on the other side of the head. I spin around a bit. A detached part of my mind things 'wow, that does really happen.'
My rage is building, fast. I've told him to stop. The trainer has told him to stop. In social situation this might end with a fight, but we are already fighting. I don't know how to respond.
I decide to write him a stiff letter. While deciding on an appropriately chilling sign off I am punched in the head again.
The fight is stopped. Joel gets a telling off from the trainer. I spar with someone else who because he is a gentleman only punches me in the stomach. It's bliss.
I still can't explain why I go, but I'm not stopping.
I may grow a moustache get the whole Victorian strongman look going a bit more. I know that this will mean that the delights of women would be forever closed off to me, but one has to pay the price for progress. I'd quite like a caddish pencil moustache, which would eventually grow into a quite bushy number.
One should never pick facial hair lightly. It's an investment
Posted by Louche at 1:13 AM 3 comments:

I am not gay and I am not dead

No really. I'm still here. I've just, well I've just got into some bad habits, and briefly, into some bad women.
Here are some things I'm loving at the moment:
Navy stripes
the whole Breton thing. I've got a selection of t-shirts and jumpers in that style. I'm thinking of investing in a cap too.
Chelsea boots
it's been this year's winter boot and it's got just the right mix of traditional with a hint of naughty.
Bold coloured socks
Just about the only bad thing about Chelsea boots is it is hard to show off pleasingly coloured socks. I've recently bought a whole load of delightful shades so I have options for almost every occasion.
And some things I'm not loving
Black, in clothes
I'm trying to remove black from my wardrobe. It's a slow process because my only sensible coat is black. I am prepared to suffer a bit to look good but when you are so cold it feels like your soul is freezing it's time to dress sensibly.
Lumberjack shirts
If everyone is wearing them, then I want none of it. I do have one, it was a bribe and I only wear it when I'm actually chopping wood.
Long hours
It's a side effect of an interesting job I know, but really? really?
Posted by Louche at 11:31 AM No comments:

The work fun continues. I'm being stretched, dusty neurons that have been asleep for years are firing up again. Most nights I'm exhausted by it all, I think I've pulled a muscle in my head a few times.

I'm loving every moment of it.

Also I've been there just over two weeks and I've no had an affair with ANYONE. Well done me!

It's not thought want to suitable people mind you. I was in a morning meeting and I realised I fancied every woman in the meeting. I'm such a slut sometimes.

Well actually I've sort of changed tactics. I have my eye on someone but it's a long shot. A very long shot. It will require tactics, cunning and more luck than I've ever had before.

We need to talk about velvet 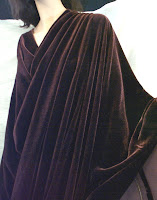 So I'm back in London. Yeah. The new job is bloody amazing. It's such a delight to be in the warm bosom of a women's magazines.

The first week was well a bit stressful really. It was aces fun but I was so tense that I gave myself stress headaches. Fool. A early night combined with running again helped sort that out. Also I relaxed a bit.

I had my first Friday in the pub with the gang, it was excellent and I was invited onto the newly formed 'Style Council' by the fashion desk. We have had our first theme day velvet and on Thursday the theme is tweed.

There will be feature on how velvet is coming back in a future issue of the magazine, and that is my fault. I'm not just fashionable, I'm setting the agenda!

Also I'm going to get a make-over. I have a gang!

It's so great to be back it doesn't feel entirely real. I keep thinking I'm going to wake up or get sent back to the Wilderness...

Yes. I know it's has been a while, but I have news!

I've moved back to the ghetto, it's a just a stepping stone though, one surrounded by burnt out cars and needles. Actually it's not that bad. I doubt it will ever impress a girl, but it is warm and cheap.

The reason I'm not that bothered about it is that a return to London is more than on the cards, it's in motion.

Someone has left one of the London magazines. I found out via Facebook and contacted their old boss to say I'd like to be considered. You have to do stuff like this because London jobs are often just mysteriously filled without ever being advertised.

I've already met the editor, and a couple of other key people so now I have a trial day coming up next week. The only skill left for them to test me on is funny writing. I could have done some today but since I have near-fatal man flu (annoying headcold) I didn't think I'd be on top form.

Also I want to buy some new clothes for my trial day so I look suitably cool, and get a haircut. Eek! I need to organise that. The standard of dress in the London office is astoundingly high so I'll have to up my game a bit.

As for places to lives. In a sort of miracle, one of my best friends has got hold of a lovely house in London for free and I've got a room reserved. It's like the cottage, but warm, with furniture and in London. Hurrah!

This would mean moving house twice in a month, but I think it's worth it. For a start most of my stuff is still in bags so I won't have to do much packing.
Posted by Louche at 2:50 AM 1 comment:

Well I'm nearly done. I got a bit frantic because I had so much stuff but actually it's not as bad as I feared. I still haven't managed to get a suitable home for the sofa or the fridge which means they are off to the dump. I just have to destroy a bed, clean a kitchen and scrub down the cottage. Simple.

Moving house is horrible but it will be over soon and I'm feeling really positive about the move now. This is definitely the right thing to do and if everything goes to plan, just a first step back to London.

So yeah, feeling good about it all. Coolie has it covered 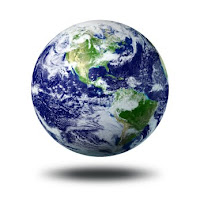 Freecycle is amazing. I have furniture I don't need and I really, really don't want to take it to the dump, because it's perfectly good furniture. So I've put it on freecycle.

The response has been great. Hopefully by the end of the day I'll have got rid of most of my stuff. The only minor glitch is people being really fussy. It's a free table, I'm sorry if the the colour doesn't quite work for you no need to get so stroppy.

Also freecycle has quite a lot of people asking for unrealistic stuff. I doubt you will get a new top of the range laptop, people don't tend to give those away.

So this weekend will involve a lot of frantic scrubbing of carpets and a sort of reverse evolution of the cottage. The washing machine is going in a bit, the fridge will be later and the sofa is going to disappear too. It's a little bit sad until I think of my bank balance.

Then it's the best thing I've ever done.
Posted by Louche at 2:56 AM No comments:

Louche
London, United Kingdom
Tall, slightly too well dressed and in command of some excellent brogues. I'm a fop, a dandy, a cad and a rake. Often tempted, rarely accused, never caught. When faced with trouble I always ask myself 'What would Flashman do?'